Limi Valley Humla Limi is one of the isolated valley extending from the border of the Himalayan pass near Hilsa to another pass Chang-la between Nepal and Tibet. The longest River of Nepal, Humla Karnali flows into Nepal border at Hilsa where the valley starts from west side. This ancient Trans Himalayan is beautiful and scenic. The top of Gyuckarka at 5,000m offers wonderful panoramic scenery of Nepalese Himalayas from Saipal 7,031m, Byas, Rishi, Api, Kanjirawa, Kanti and Gorakh Himlayan range. This region is also famous for rare flora and fauna, like the marmot, wolf, wild yak, blue sheep, wild ass (Kyang) musk deer, hare, Himalayan black beer and occasionally the snow leopard in this exotic region.Indigenous Tibetan cultured people are settled here and they have their own Tibetan dialogue and language with their unique tradition and culture, large beautiful villages likeHaljee and Gombyak are located in the wild patches of Limi Khola. This valley is recently opened for trekking since 2002 AD. Humla is a once part of the great Malla empire administrated from Sinja near Jumla.Until 1787 this empire extended as far as to Purang (Taklakot) and the Lostgreat villages of Toling(Zanda) and Tsaparang located in a remote south western Tibet, and to the north of Nanda Devi and Kamet Himal.Taklakot is an extraordinary melting pot with traders and merchants from the nearby countries, Indian, Chinese, Tibetan and Muslim traders from Kashgar, Nepalese entrepreneurs trading wool, salt and Indian goods along with Chinese Government officals and a huge army contingent.In Humla the traditional salt/grain trade with Tibet continues as it has for centuries.This trade has ceased in most of Nepal, because of the import of Indian salt and the other reason is that China has eliminated many border trading posts in remote regions.

Humla Limi Valley trekking starts following Karnali river and stays mostly on the ancient salt trade route throughout the trek. It goes to the Tibet boarder and then retraces back to Simikot via a different route, adding more excitement to this already majestic adventure trekking in westen Nepal.

We Offer Discount for more than 6+ participant

You can give us your worn Itinerary Depatures Date We can make arrangements for individuals trips. 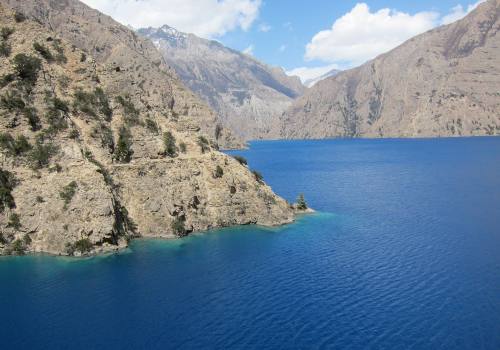 Dolpo was first settled by Rokpa farmers and Drokpa nomads… Just west of Annapurna is the 40-mile-wide Dhaulagiri Himal. Dhaulagiri… 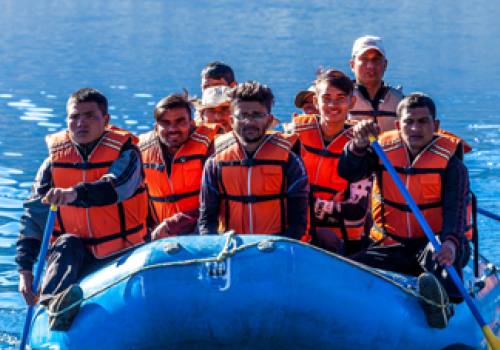 Rara lake trekking is the remote villages of Jumla and…