KoshiTappu Wildlife Reserve can claim its distinct identity for one good reason the vast expanse of the Koshi River. Today, with the wild buffalo preserved, the reserve has also won its niche as birdwatchers paradise in its true sense. The reserve is mainly for to preserve the habitat of the remaining population of wild buffalo (locally known as Arna in Nepali) of the National Park. The reserve beckons all sorts of bird species. These birds fly all the way from Siberia to migrate during the winter season. The fact is that many birds that arrive here are nowhere else seen in Nepal. KoshiTappu Wildlife Reserve is a homeland of endangered Gharial crocodile, Gangetic dolphin, ducks, herons, storks, egrets, and ibis and among others.

Koshitappu Wildlife Safari KoshiTappu wild life reserve has carved a place it self as a birdwatcherss paradise. The reserve spreads over saptari and Sunsari district in eastern south of Nepal defined by the eastern and western embankments of River Koshi. The reserve has been recognized as wetland site from 1987.The vegetation of the reserve is mainly grassland with patches of scrub and deciduous reverine forest that makes Koshitappu special is that birds seen here are not found other part of Nepal. The reserve has recorded around 439 species of bird variety.Some of which fly all the way from Siberia during winter .A wide variety of Ducks, herons, storks egrets, ibis are seen on the River bank. It has one of the few elephant stables of Asia. Other animals are found here are wild buffalo wild boar, hog deer, spotted deer, blue bell and jackal. GharialCorcodile and Gangetic dolphin are other attractions. The best time to visit KoshiTappu is between Octobers to April.AccommodationKoshiTappu Wildlife Camp is the very first luxury camp established in the KoshiTappu Wildlife Reserve in the year 1993. Established solely for the purpose of serving to the interests of bird watchers of all around the world, the camp is staffed with bird specialists renowned in the country. KoshiTappu Wildlife camp is a heaven for all the nature lovers seeking solace and a quiet time for themselves engulfed with natures serenity The Camp is staffed with local naturalists and bird specialists. It consists of 12 large deluxe safari tents with easy twin beds and simple modern toilet amenity including hot and cold shower facilities. The restaurant with fully stocked bar is located centrally on the thatched house, Golghar which serves Nepali and International cuisine from our experienced kitchen. 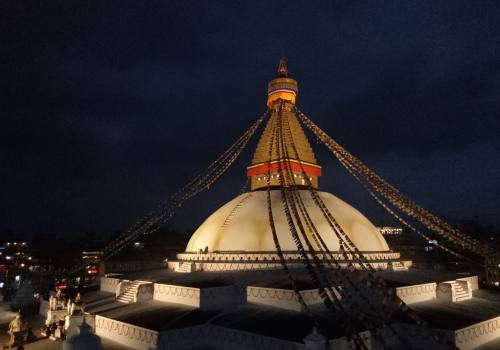 Nepal - Get to know Cultural tours

Nepal - Get to know Himalayan Cultural  Tour in Nepal… The Terai or lowland hills and valleys of southern Nepal,… Chitwan National Park, previously a hunting ground, was established in…